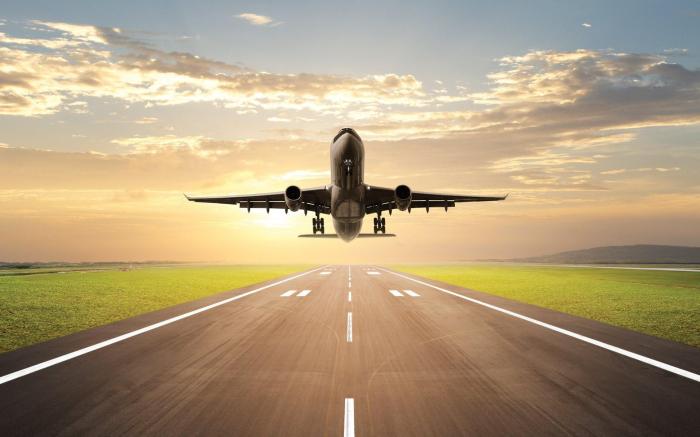 So, I have anxiety about flying.  It’s manageable and I try to not let it hold me back from going places, but it’s still quite problematic.  I shake my legs, I figdet to distract myself, I even sometimes put my head down and cover my ears.  I try to give people the analogy of imagine you HATE roller coasters.  It’s not so much you feel they are unsafe but just the drops, your stomach in your chest, all those dare devil movements are not things you want to feel.  It’s not fun to you.  You HATE THE EXPERIENCE.  So imagine every so often you are forced to go on one to get to a location.  That’s what I feel about flying.  Or at least that’s what I thought was the issue.

So recently my husband surprised me with a trip to visit some friends.  I had no idea we were flying until we showed up to the airport.  Usually I try to get mentally prepared to fly a few days before, but that day no warning.  So this was the first time I’m flying after starting this new journey with God.  So during the flight I really had a conversation with Him about the situation.  At the core of the situation is TRUST and CONTROL.  I’ve had these exact same thoughts before now, but this time there was something different.  I think when we say we “trust” God we are really saying – we trust He will protect us from harm and danger.   But let’s be real.  God allows His children to go through some terrible, down right awful stuff.  Just read throughout the Bible.  And it’s not just because they disobeyed either.  There’s no better story to highlight than Job.  Who out here wants to go through what Job did??? (sounds of crickets)  And then have God answer with that swift “Where were you when I brought all this into existence”.  Whew, that’s hard to hear, man.  It sounds and feels so harsh.  So, then now when looking through that lens, what are we saying we trust in?  The only thing we can say is – we trust that God is good.  No matter what tragedy He allows us to go through, He is still good.  That’s real right there.  A real hard pill to swallow.  You know He has the power to fix it, but He doesn’t.  Now the temptation for us seems to be one of 2 things.  1.  To believe that He is turning the control over to us to “fix it” in our favor or even funnier in “His” favor  or 2.  For us to now doubt God’s goodness.  Both of these are seen all throughout the Bible.  Let’s just be real, it’s very difficult for us to acknowledge something bad happening that wasn’t a consequence of some kind.  We will do our best to make it make sense based upon experience or something other than this was for you to go through.

So what does all that have to do with my anxiety with flying?  My anxiety is rooted in my lack of trusting that God is good.  As soon as I started acknowledging that fact LITERALLY on those 3 flights my anxiety dramatically decreased.  I’ve NEVER been at that level of peace flying before.  It wasn’t a walk in the park, no, but trust me my husband noticed a BIG difference.  And it’s not like this is the first time I prayed before/during flying.   It was the first time I acknowledged and accepted what the real problem was.  Throughout this lost process I think I’ve been dealing with and processing this same issue.  Flying was a great step now in putting what I believe in action.  Anxiety is the outward evidence of my core beliefs.  We “say” alot of stuff but our bodies and choices can disprove all of dem words in one swift situation.  I think this is one reason God allows stuff to happen to us.  We need to see how blind we are to our core truths we hold onto.  We as Christians get lost in the mantras of Christianity that we think we believe stuff when we really don’t. We must face this stuff.  Ask ourselves the hard questions that seem obvious.  Question if our decisions and thoughts support what we believe.  With the guidance of the Holy Spirit, He will show you what lies at your core and will transform that thing over time if you let Him.  This to me is what our journey is about….learning about what’s at your core, allowing God to transform it situation by situation, sharing your experience with others and supporting them along their experiences.  If that’s not our journey, what is it then?

One other thing God revealed to me during that conversation while flying is that we say we trust God to protect us, but really our trust is in consistency and probability.  We’ve all heard that it is safer to fly than drive.  There are millions of flights every day, blah blah blah.  I think because we do things and we see others do things and bad results happen every blue moon, its easy for us to say we trust in God to protect.  To me, the true evidence of you saying your trust is in God is let every plane that day go down before yours but they still allowed your flight to go on as scheduled.  Do you get on the plane?  Logic says no.  But do you even consult with God SHOULD you get on the plane?  Fear says nope.  Why?  Because your faith is in probability and what you can see and control.  You justify it by saying God would not put me in harms way like that or my hearing from God is not that good right now.  Let’s be real.  We all would be scared poopless, but I’m always curious about why we never want to believe that God would put us in a situation like that.  Like do we read the same Bible???  God put alot of believers in some scary situations and left them there for a substantial amount of time too.  So that can’t be a true statement that He wouldn’t do that.  We don’t believe because typically we never even ask Him anything at those times.  In times of fear, we stick with our human instinct and logic – our go to protection mechanism.